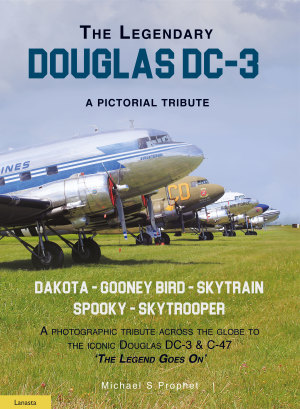 Following on from the epoch-making DC-2 technology, the DC-3 is generally considered the greatest single commercial transport plane in history, and certainly the most famous. Indeed, the DC-3 revolutionized air travel to an extent not equaled until the arrival of the jet age.

Many of these revolutions related to safety; thanks to the DC-3’s reputation for reliability, in 1937 air travel insurance finally became available to the general public. This is the airliner that not only made flying respectable but enabled the emerging aviation industry to end its reliance on mail subsidies and profit from passenger journeys.

DC-3 are still flying eight decades after their first debut, a tribute to their brilliant design, and are likely to continue flying well into the 21st century.
Auteur

Michael S. Prophet is an engineer and photographer. He started his career at KLM Royal Dutch Airlines as a junior aircraft mechanic, working on Douglas DC-8 and B747/DC-10 wide-bodies Jumbo Jets. Later he worked at Dutch Fokker Aircraft Company as an interior design engineer on several new projects, such as the twin engine Fokker 50 and F100 jetliner.